Odooproject was invited to this special summer camp called – “7 miracles camp” – organized by the Hungarian Youth Red Cross, where some of the children suffer from different kind of disabilities, and others have social disadvantages. We attended earlier professional conferences, presentations, even workshops with kids, but nothing like this, where you have to be sensitive, educating and entertaining at the same time. 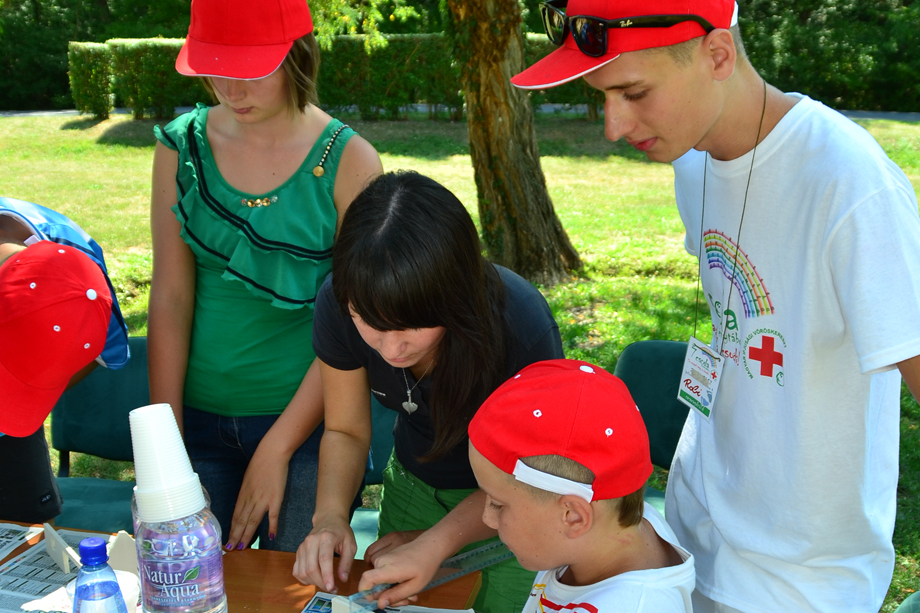 In this one week long summer camp the organizers dedicated a whole day for sustainability and environmental consciousness, and they asked if we could help them explaining sustainability in architecture, and make a model with a group of kids of a traditional Hungarian house, made of traditional materials. On the architecture faculty of our university in the end of the first semester there’s a deliverable just like that: each student has to make a model of a house from one of the traditional architectural regions of our country, so it wasn’t a problem for us to help. We prepared the materials, cut the model elements, so the children had to install and fix them, while they were asking constantly questions like how do solar panels work, or the differences between traditional and modern building systems, they were really curious about everything.
On the pictures you can see the result:the tiny house, surrounded by the kids, whom with we all had a pleasant time. 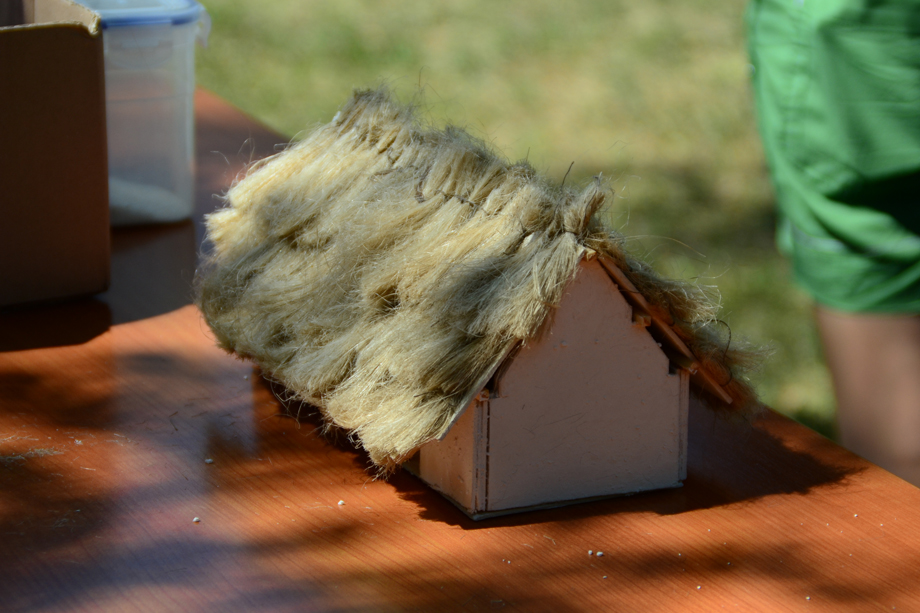 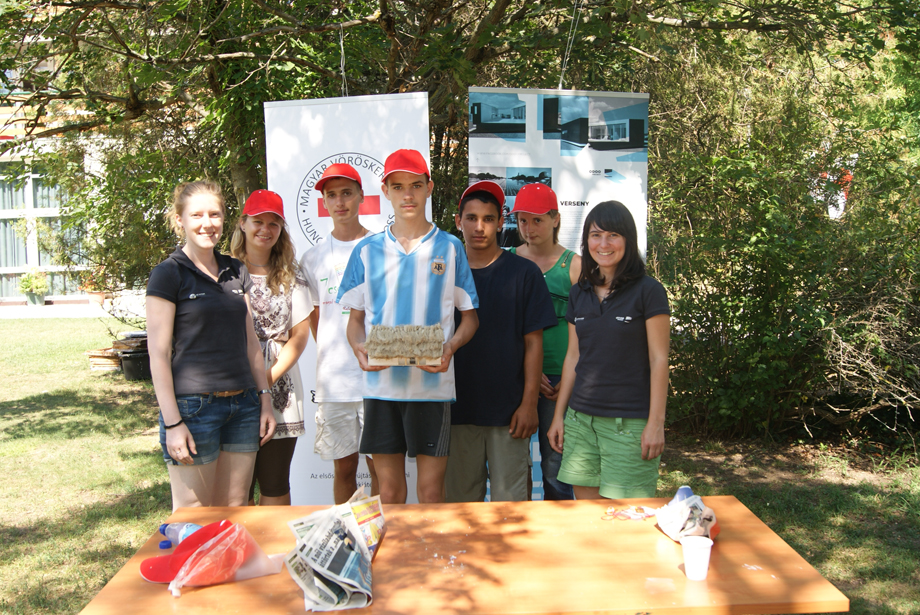 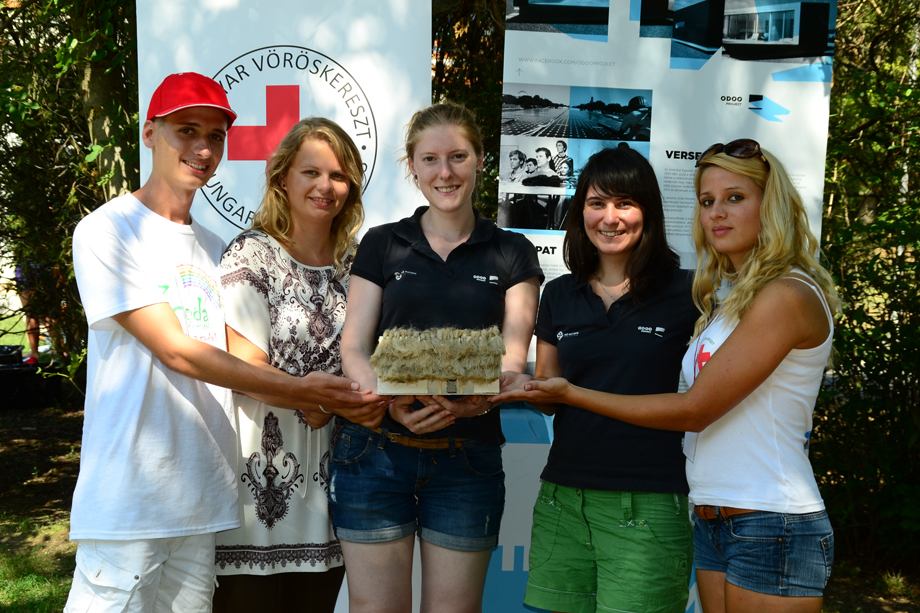 The Balaton is a lake in the Transdanubian region of Hungary. It is also the largest lake in Central Europe, and one of its foremost tourist destinations. Lake Balaton is often affectionately called the “Hungarian Sea”. The major resorts around the lake are Keszthely, Balatonfüred, Siófok and Zamárdi. Keszthely is famous for the Festetics Palace and Balatonfüred is a historical bathing town. Siófok is known often as the “Party Capital of Hungary”, which attracts many young partygoers in summer due to its numerous large clubs. Zamárdi is on the southern shore, which is also the venue of Balaton Sound Festival, a major electronic music festival since 2007. During the 1960s and 1970s, Balaton attracted many East Germans and West Germans, who made the lake a common meeting place for families and friends separated by the Berlin Wall until 1989.