‘Cause many of you have asked what did the other teams bring, we were spying on the other competitors’ parcels while risking our lives. :)
Photos: Balázs Danyi, secrets: Bence Pásztor 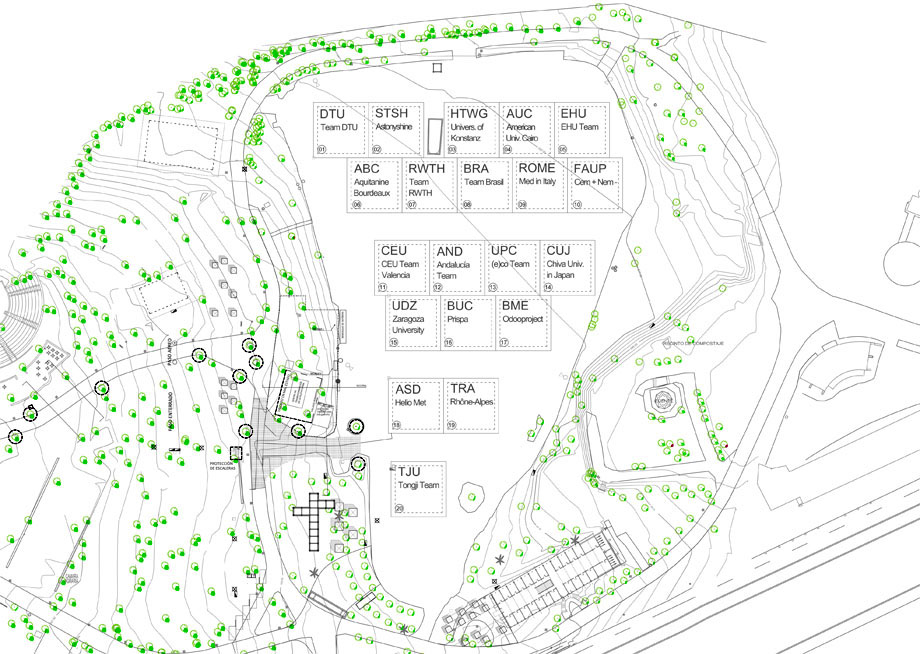 Our most up-to-date map, although there have been some changes. 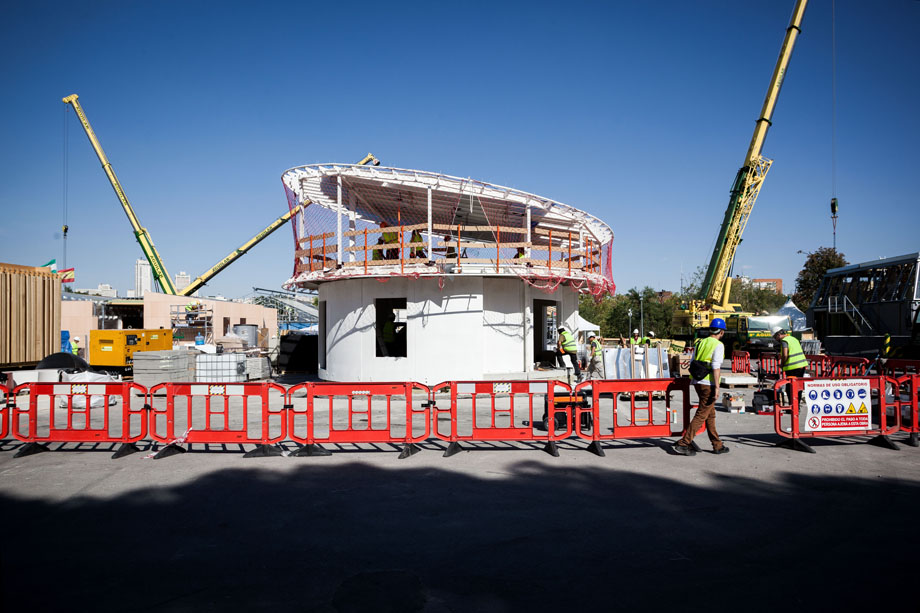 The Zaragoza team sought for the best and most appropriate way and form of solar energy utilization. 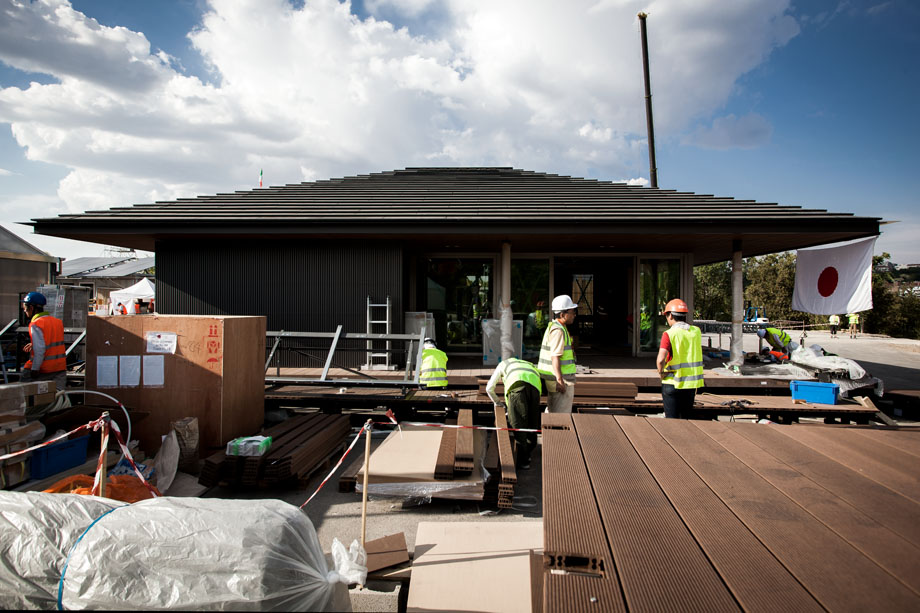 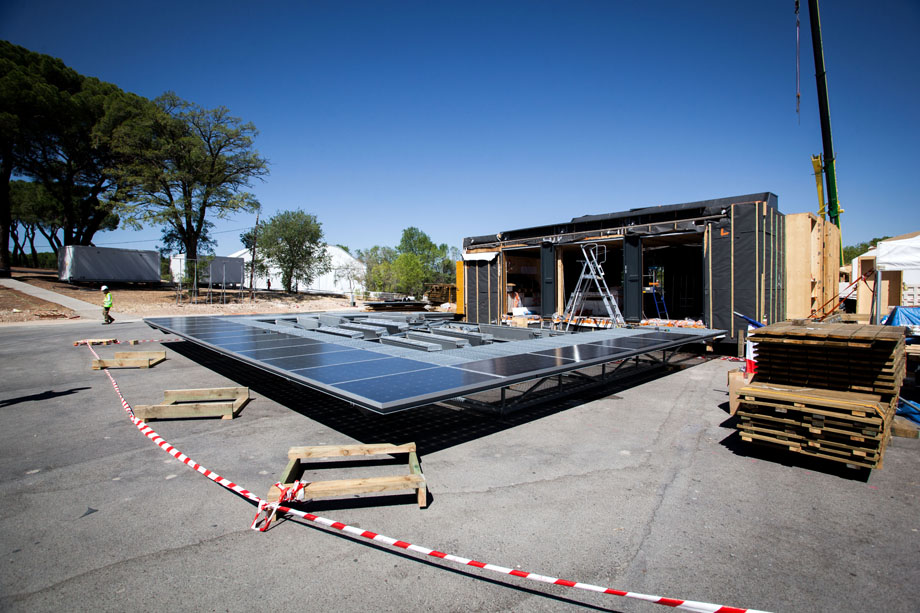 The French team is using a solar collector, and by that less solar surface is needed in the house.

“Symbiosis of architecture and technology in the service of human comfort.” 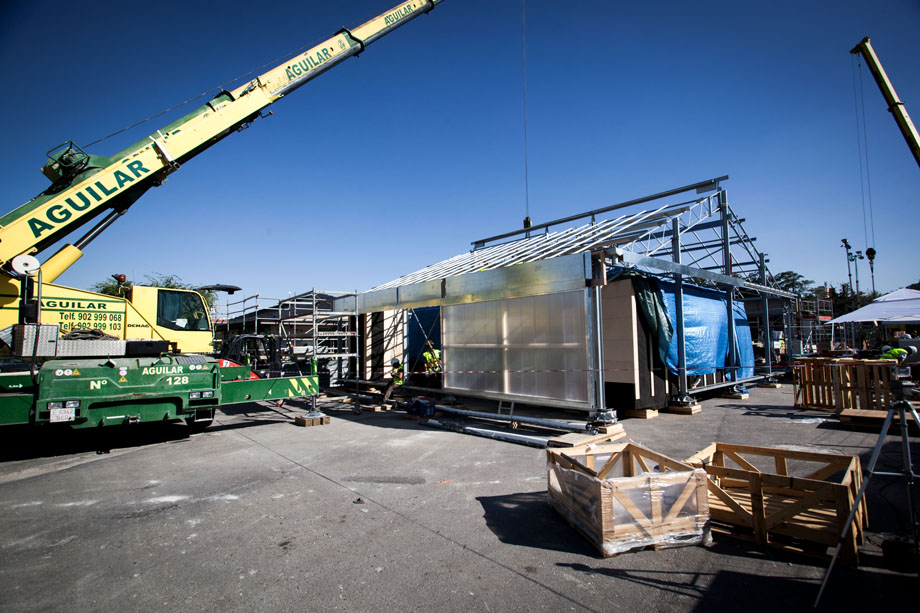 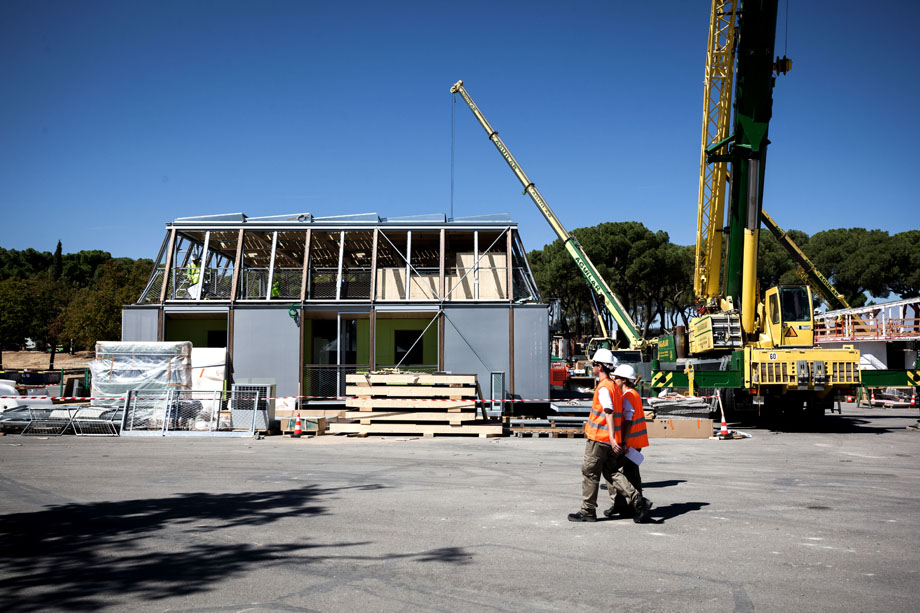 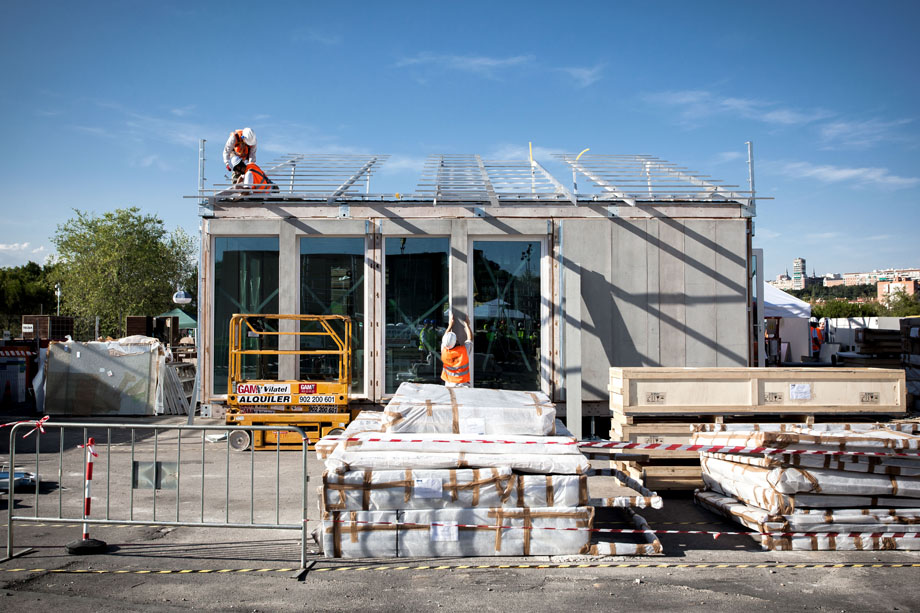 The Brasilian Ekó House Team was inspired by the native Tupi-Guaranis. For more information visit their website: 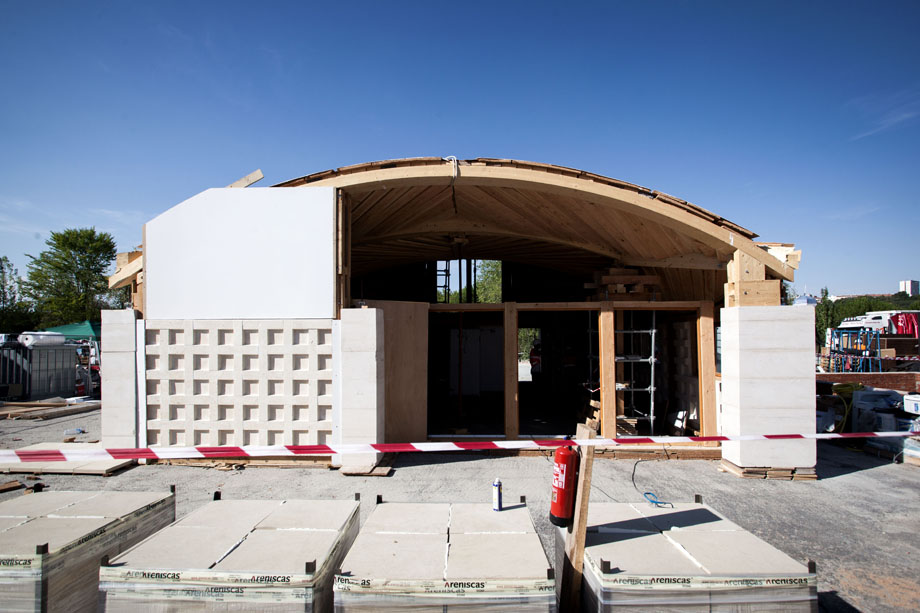 “The French-Italian Astonyshine builds the future with stone.”

Did you know that the guys cut the fur of a flock of sheep to use it as an insulation? 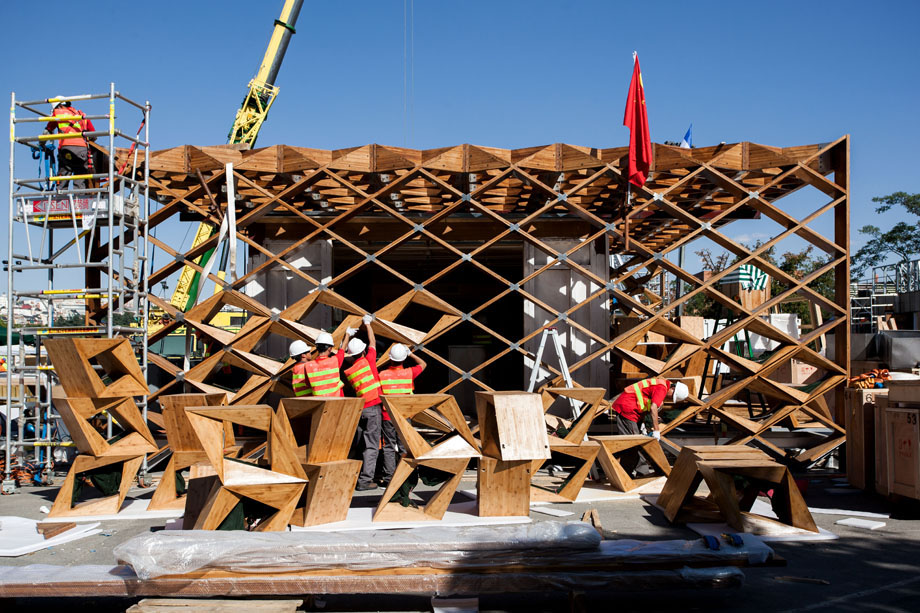 The Chinese Para-Eco hoouse combines the parametric and the ecological strategy. What this really means, well check out their website: 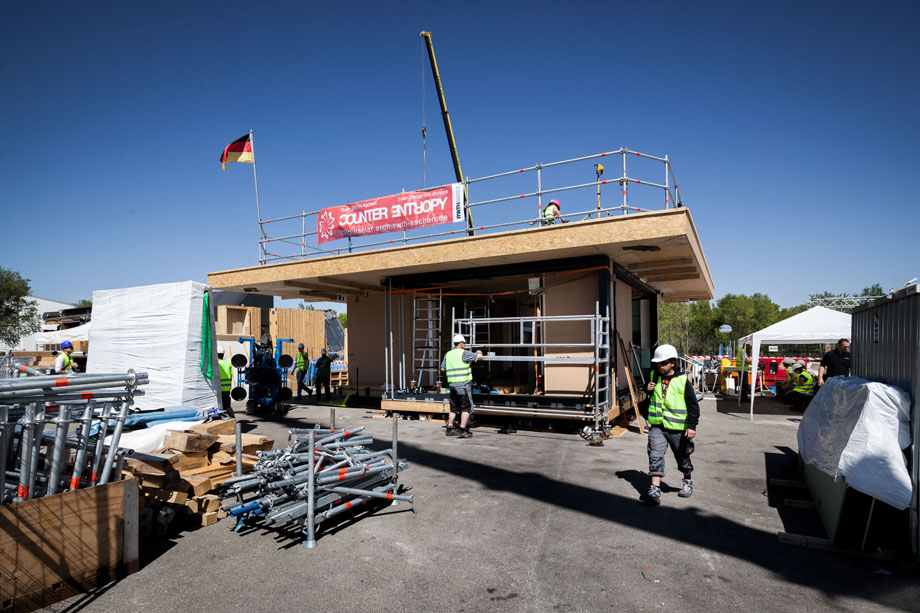 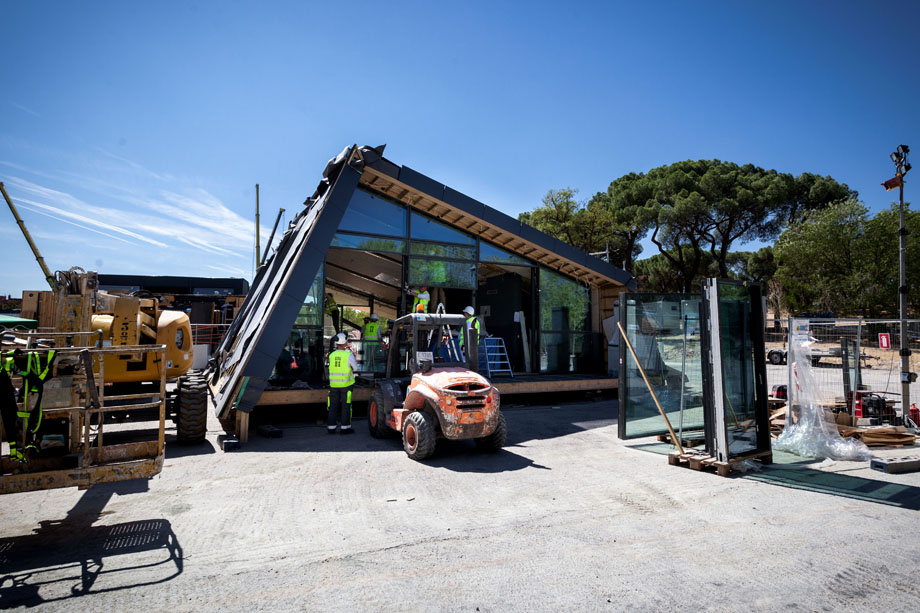 The Danish team DTU folds his house depending on geografical location. 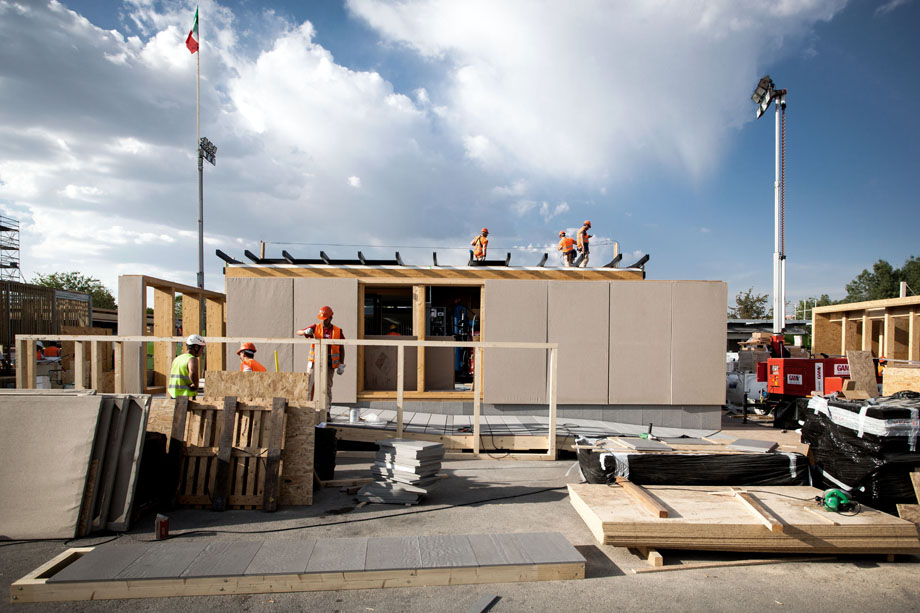 “We planned a sustainable house for Mediterranean climate and lifestyle.” ( The Italian Med In Italy team) 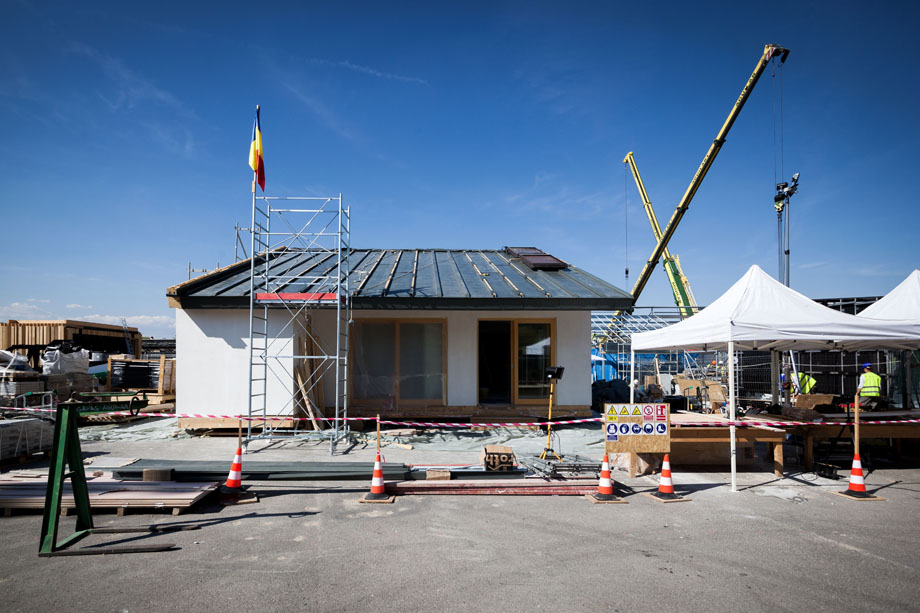 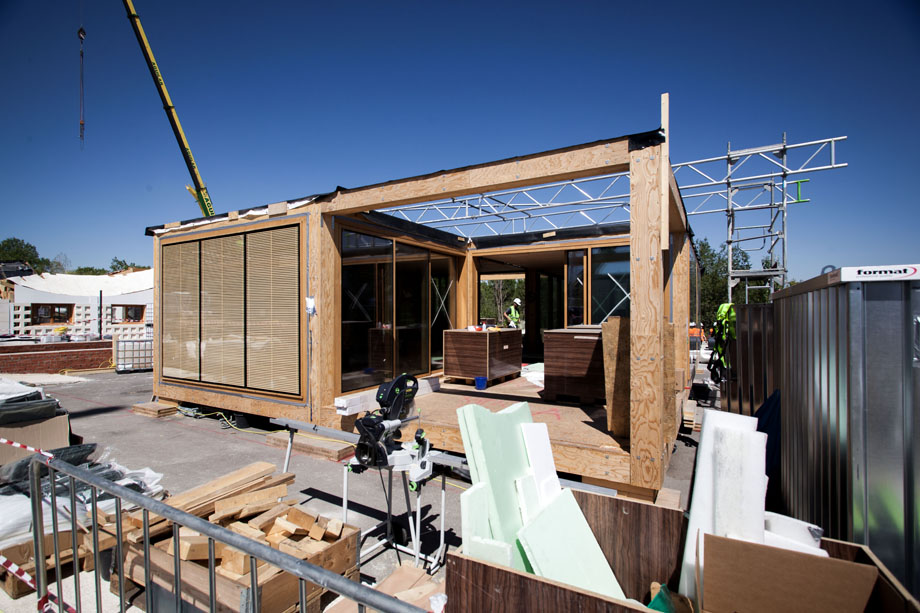 The German team Ecolar emphasized only one slogan. “Modularity.” 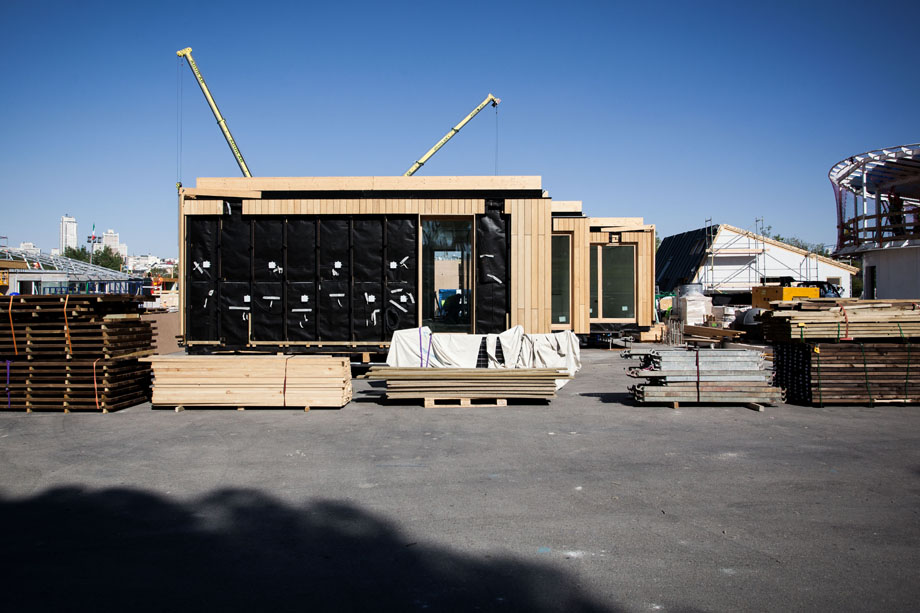 The design of the Spanish CEU team shows some similarity with the Ecolar strategy. They use a 3,40m x 7,20m sized basic modul to build a space according to the needs. 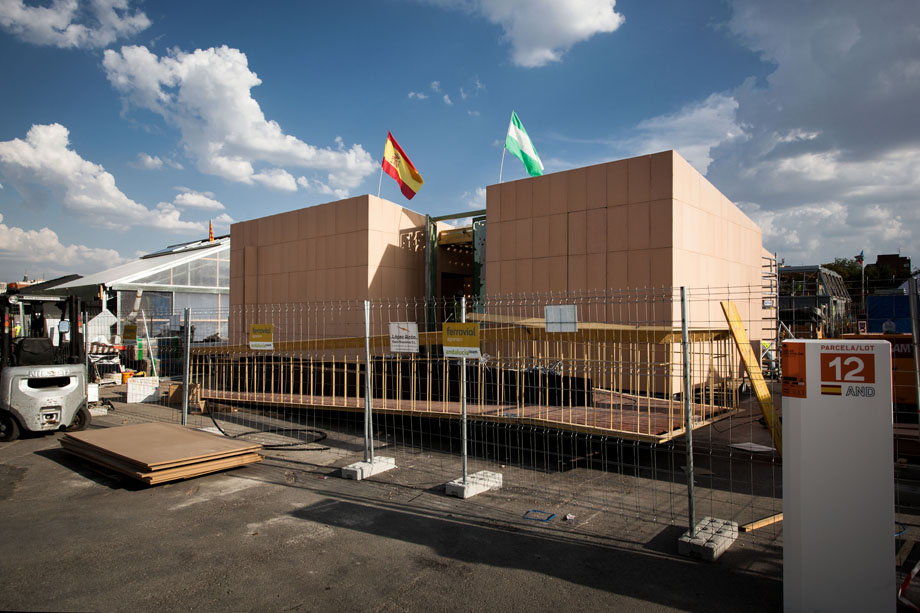 Andalucía Team from Spain: They rethinked the traditional andalusian house. 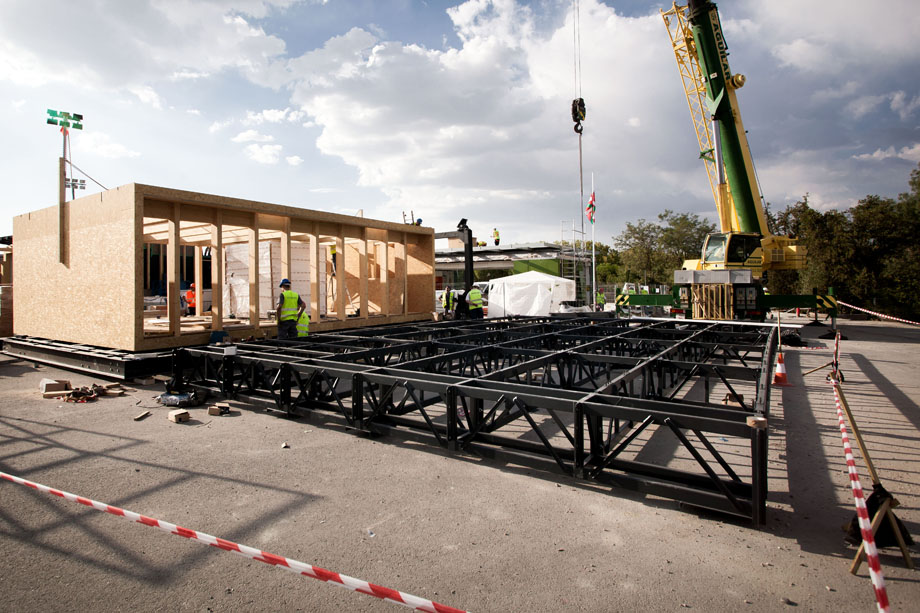 This plot was empty for a while. We thought, the Portugese cem+nem- team gave up, and we can publish the post, but we looked around and realized there is a house! It is forbidden to blink during the Solar Decathlon, otherwise you miss important moments!

We didn’t bother the guys, they have a lot to do. 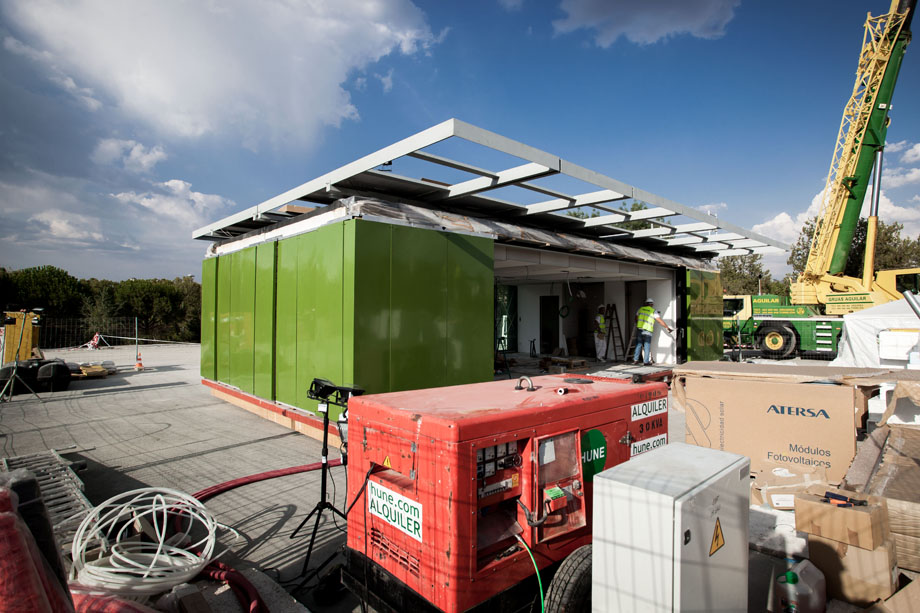 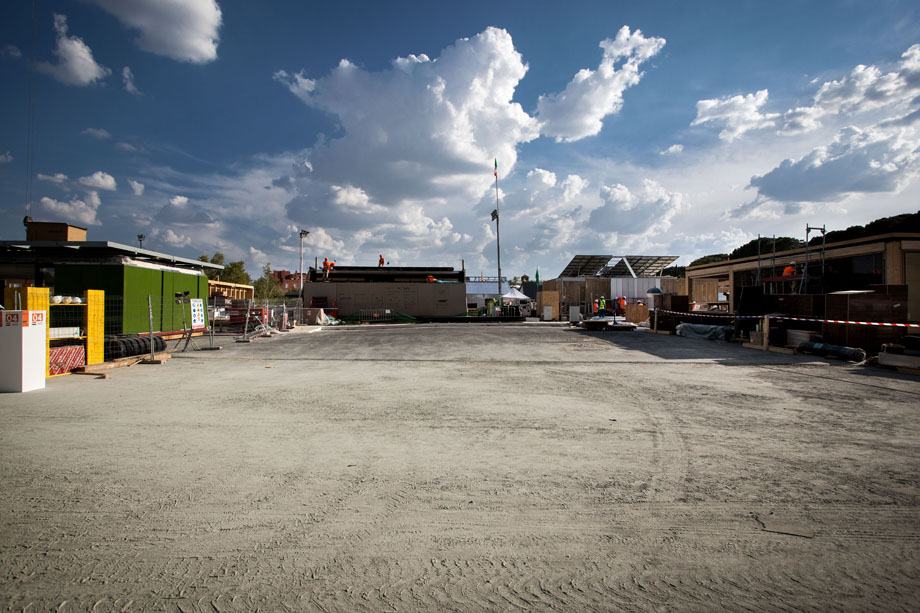 The Egyptians has gone even further than us. They realized that you can be the most eco-friendly if you don’t build anything. Where are you guys?