We had a surprisingly successful debut on Thursday at the Instant ruinpub. Our presentation was slightly delayed due to technical problems, but at the end it turned out well. The Instant is one of the famous ruinpubs of the downtown, so Budapest residents and tourists like to visit it as well. Even though it was a weekday evening, the bar was pretty full. The time left till the presentation we spent by discussing the project with the bar’s guests and distributing flyers, so by the time Bálint Bakos started his speech the separate room was full.

Regarding the fact there were many foreign guests, our 20-minute-long presentation went on in English. Then, those who were further more interested stayed for casual conversation till 2 am. :) Two young Brazilians were totally hyped by the idea of Odoo, just because they actually want to build a sustainable house for themselves, in addition, one of them was a student of architecture. Bálint gave them advice and we drew their attention to the Brazilian team’s project in the SDE competition, Ekó-House – as we did the same with the house DTU to the Danish viewers. We also met a Chilean couple living in Madrid, who offered to “advertise” our project at their university – they picked a stack of Odoo flyers – and we probably convinced them to visit Villa Solar in September. Some American travelers praised our team spirit and cohesion and later talked about the current educational problems of the U.S.,  less known worldwide.

To summerize the event, we spent a pleasant evening in the Instant Pub where we hopefully got some you “fans” or  “cheerers” to Odooproject among foreigners and Hungarians aswell. 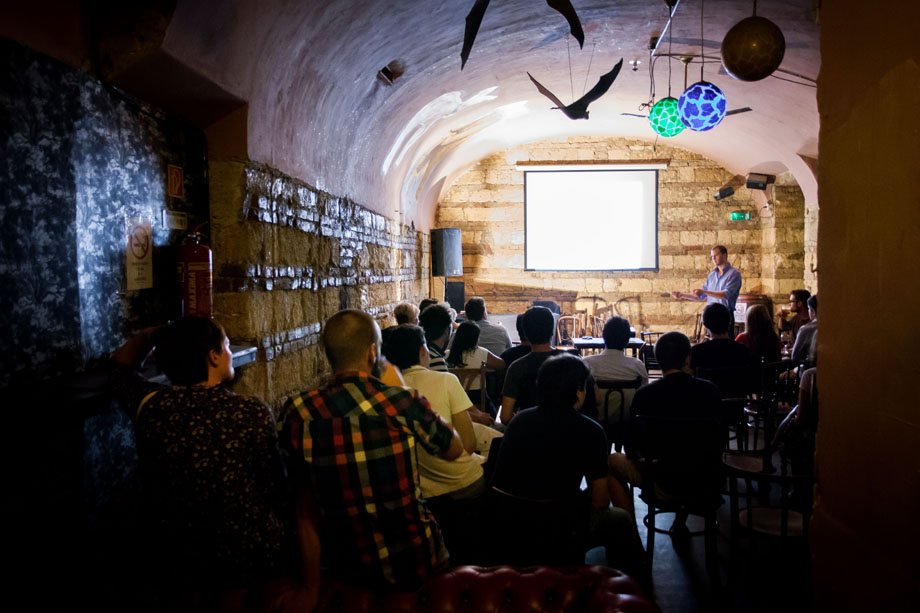