Another challenge? To build a vehicle powered by 8 drill battery and rally with them on the downtown streets of Miskolc. The idea comes from the engineers of Bosch around 2008, when they first announced the race called Bosch Elektromobil Race for students. The team Paradicsom (“Tomato team”) was formed in 2010 when partecipated the first time on this race. This year they applied for the second time with more sponsors, developed design and much more enthusiasm.
Who has ever thought that’s so difficult task to power a cart with 8 little drills? Frankly, maybe not even them. Now it has been a year that they rapidly construct their vehicle and stood at the start line of the first race at Miskolc. Astonished by the speed of the other carts they were surprised to notice that they preceded half of the competing carts. But the gist wasn’t the result, but that the fact they tasted the competition’s spirit, as they were hit by the smell of varnish burning off the drills’ rolls. :)
This year: new sponsors, ideas, teamwork, optimization, fanatism, seasoned with plenty of beers – we hope this will take the expected results.
Cheer for the reddest team of BME, we have already liked them on fb! 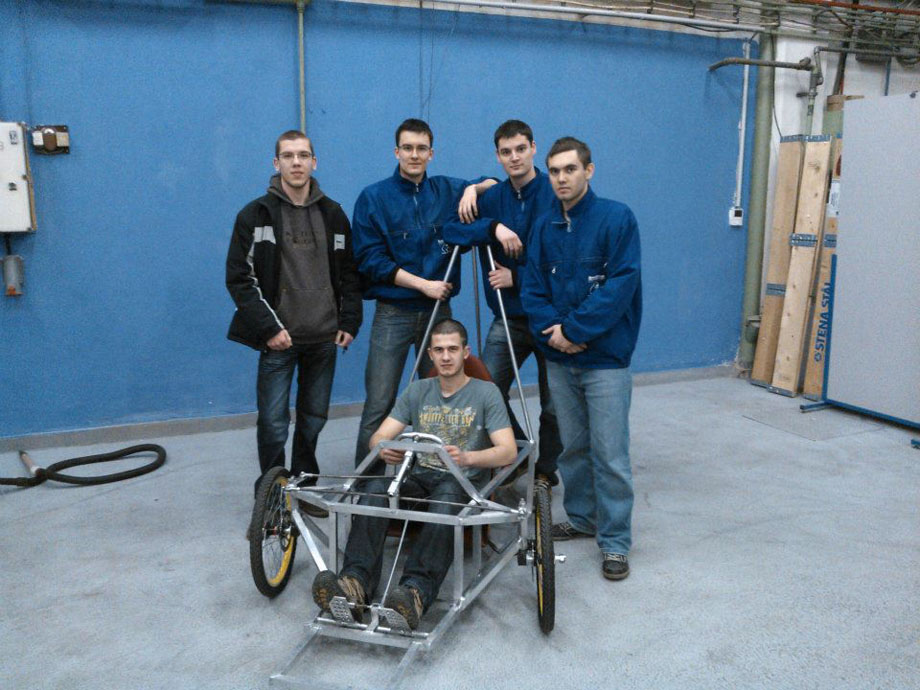