Today the Villa Solar is open to public, which means that the day before yesterday we (and all the other teams) officially finished the building works and the organizers took the houses over. It was an amazing moment, as you know, not every architect or engineering student may see his planned house built and in function. But the work doesn’t finish here, from now on the visitors and the jury comes, and our house is ready for the upcoming tests and evaluations.
Photos: Balázs Danyi 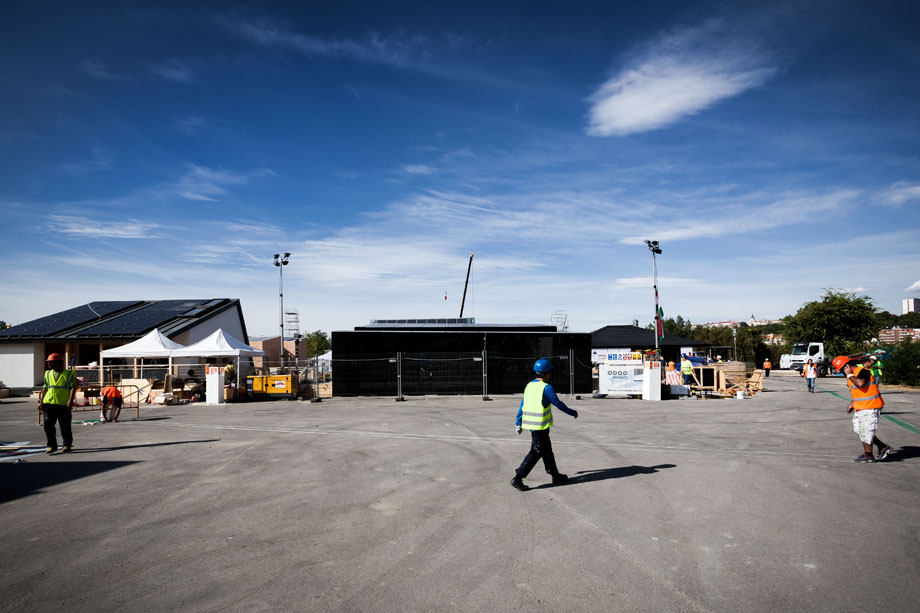 In the morning we were almost ready. It was easy to loosen up, but actually there were a tons of tasks to do enough for more than one day. 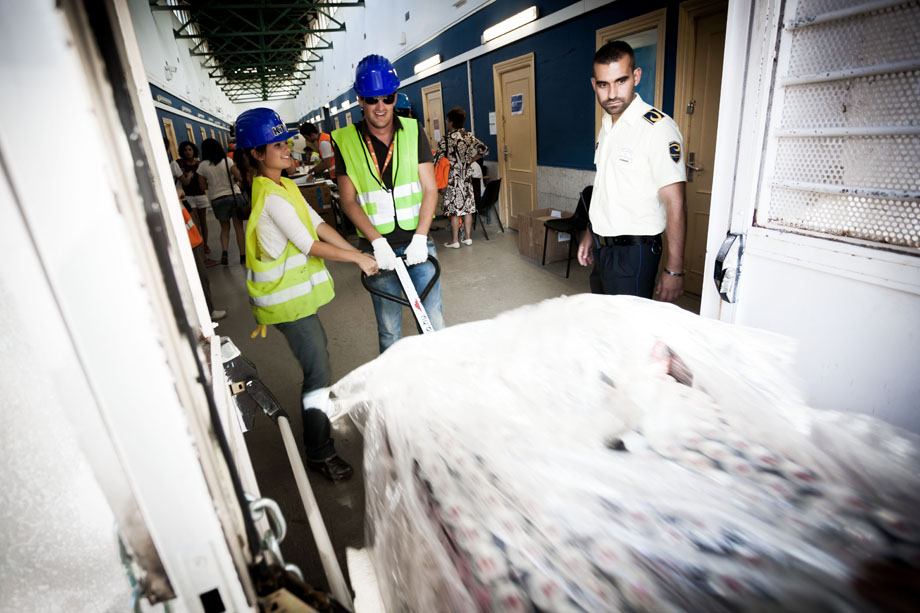 Kitti and Gergő is bringing a little energy: another pallet of Hell energy drink is arriving to the storage. 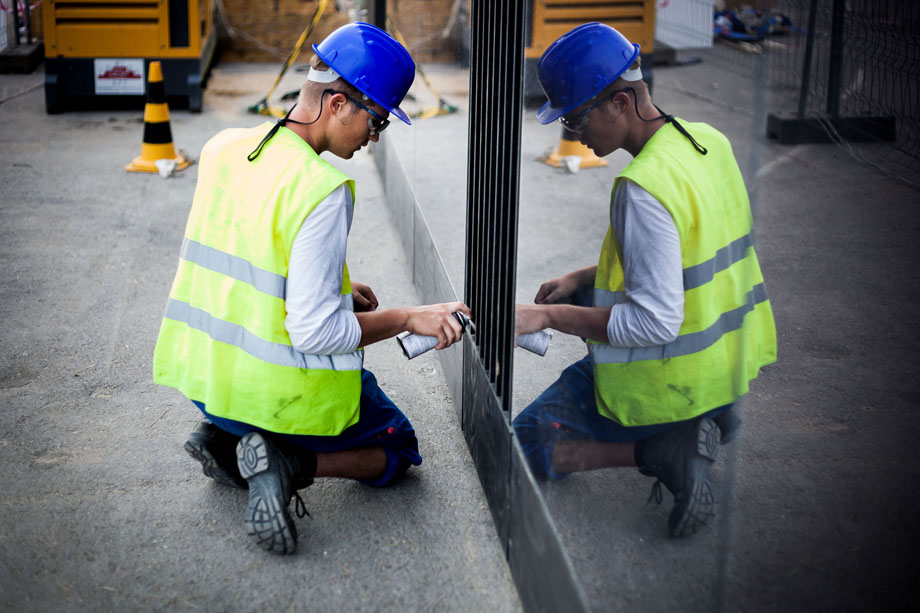 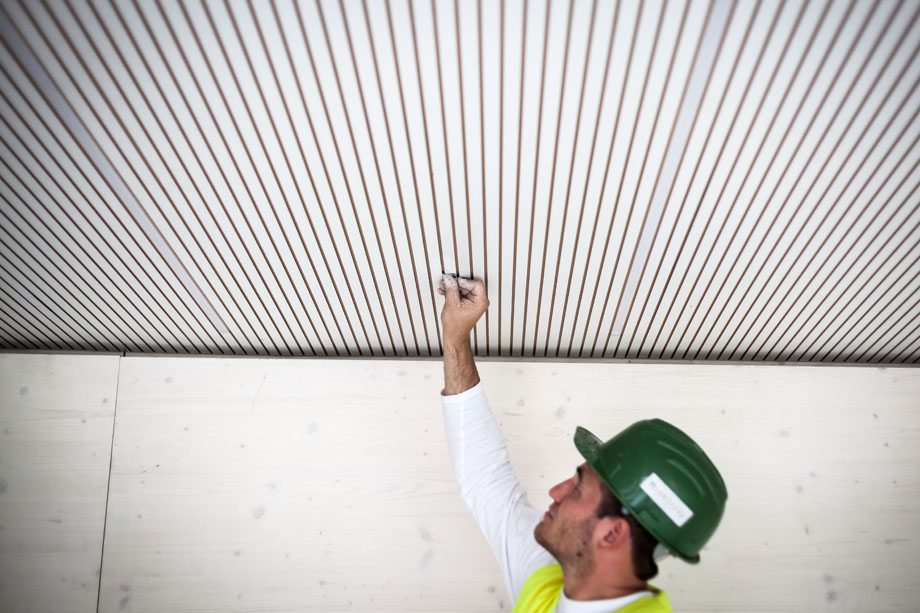 Imi is doing the finishing touches to the suspended ceiling. 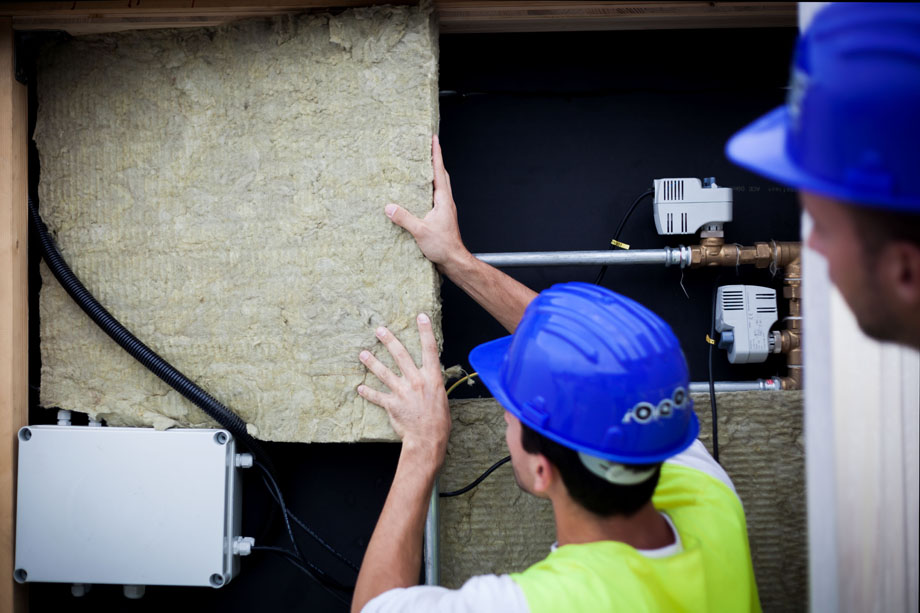 Atilla with the last of the insulating panels. 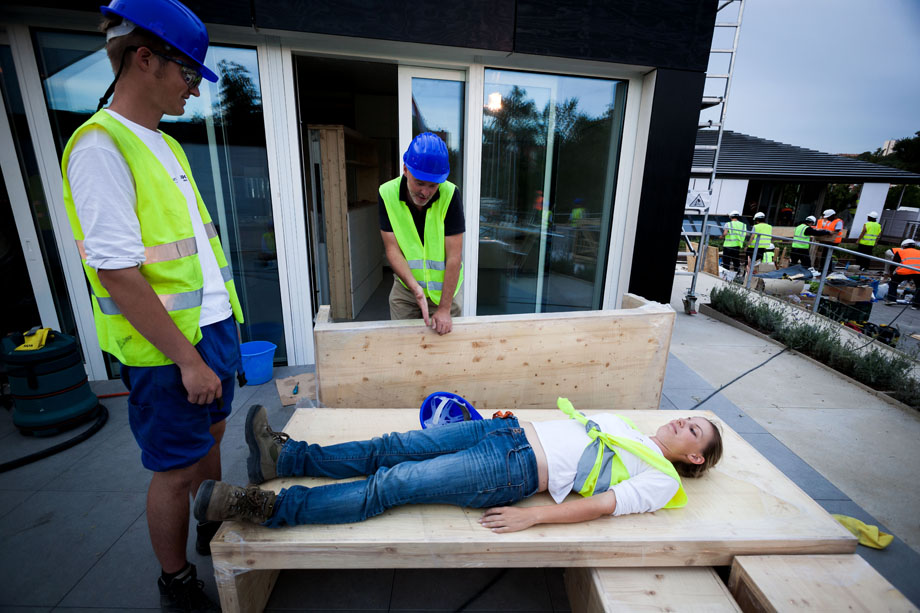 For the more efficient work we wanted to duoble Zsuzsi (or rather halve her), but later the idea was rejected for health and safety reasons. 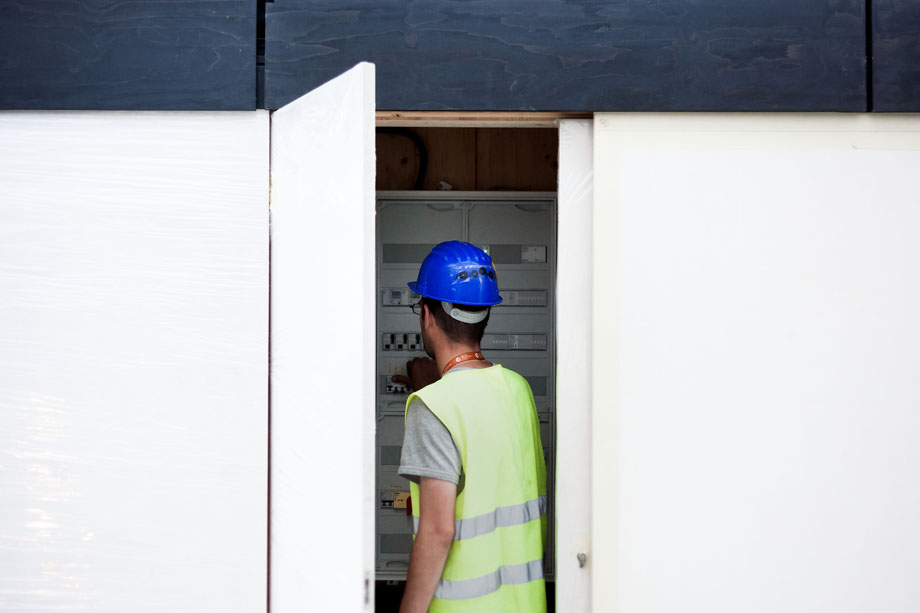 Peti and the summer wall: in the last weeks they kind of lived together. 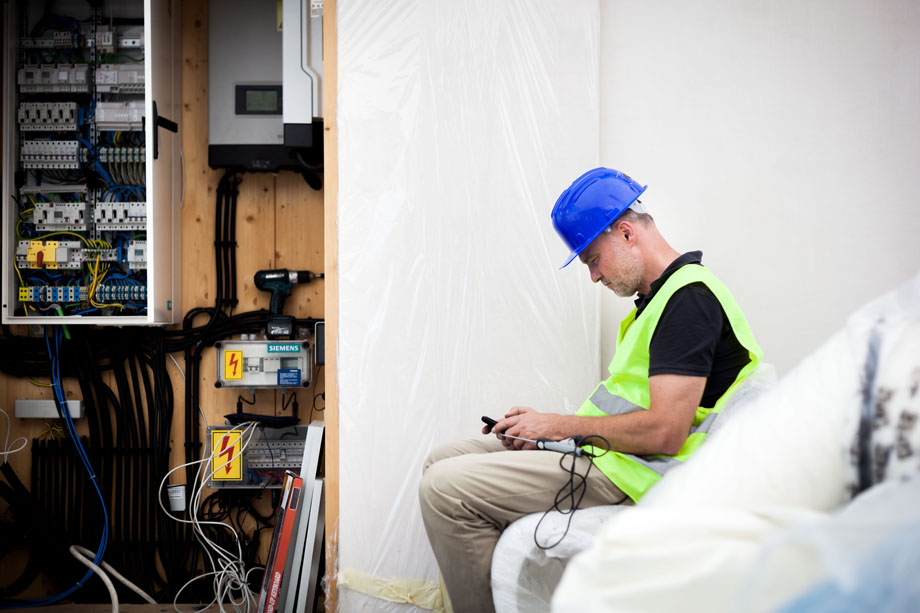 Csaba is continously controlling the HVAC and building service systems. 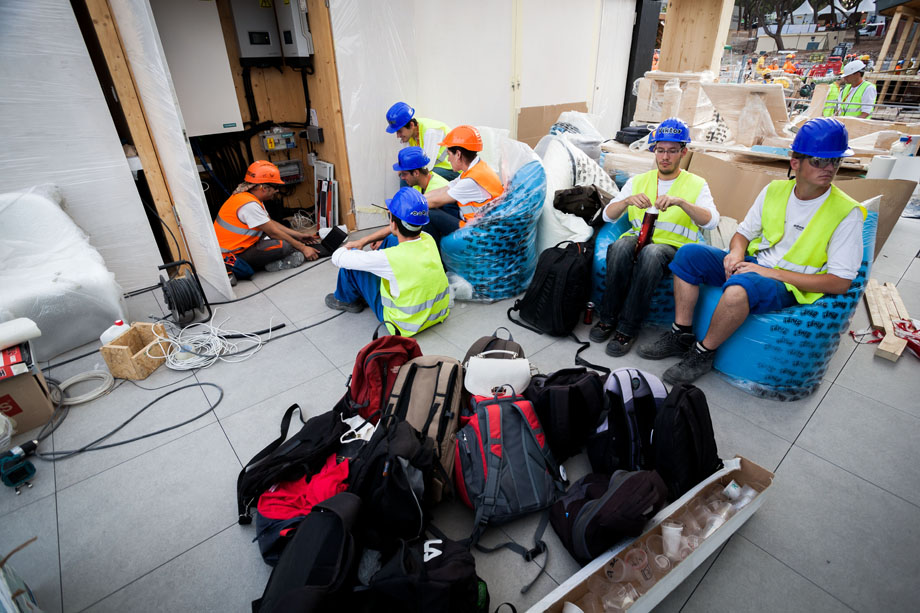 The last meeting with the organizers: everything have to be in its place and work, so they can officialy take it over for the auguration ceremony. 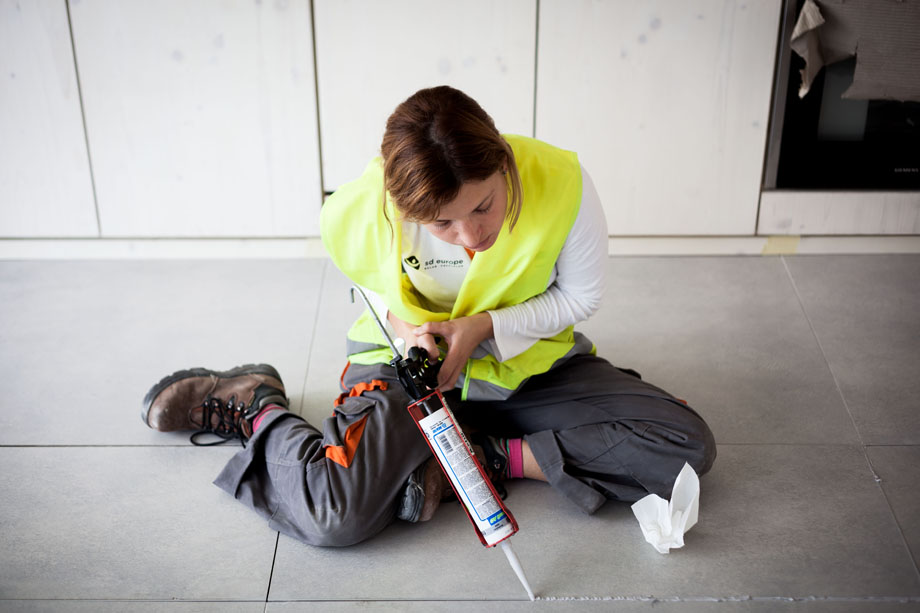 Many little details remained to be fixed. Kata was the first time a friend of the joints, … 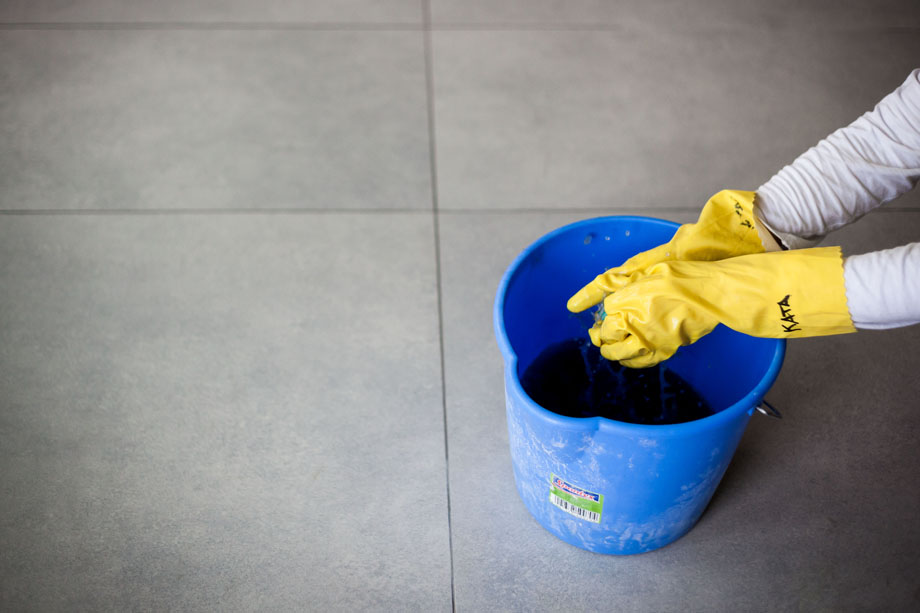 ….then cleaned it tracks up. 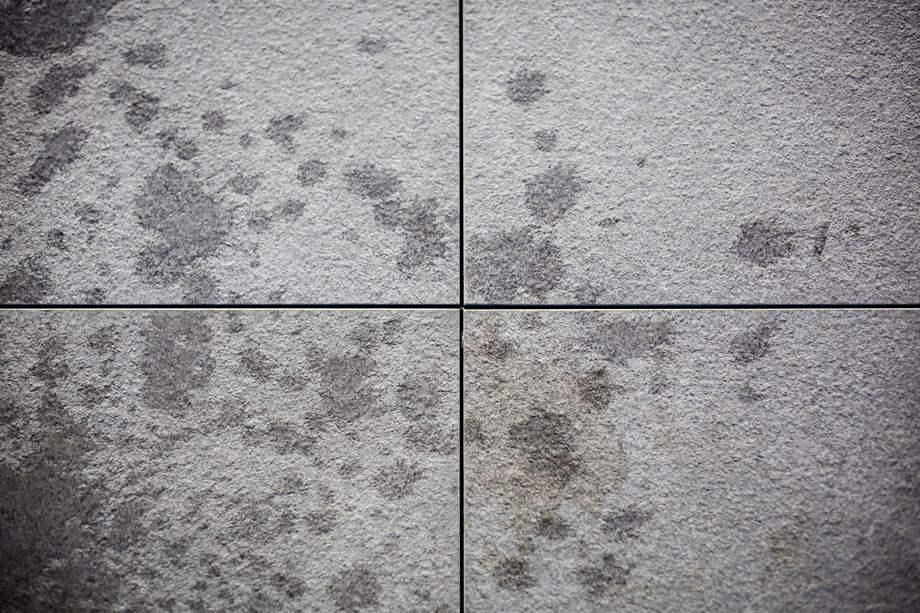 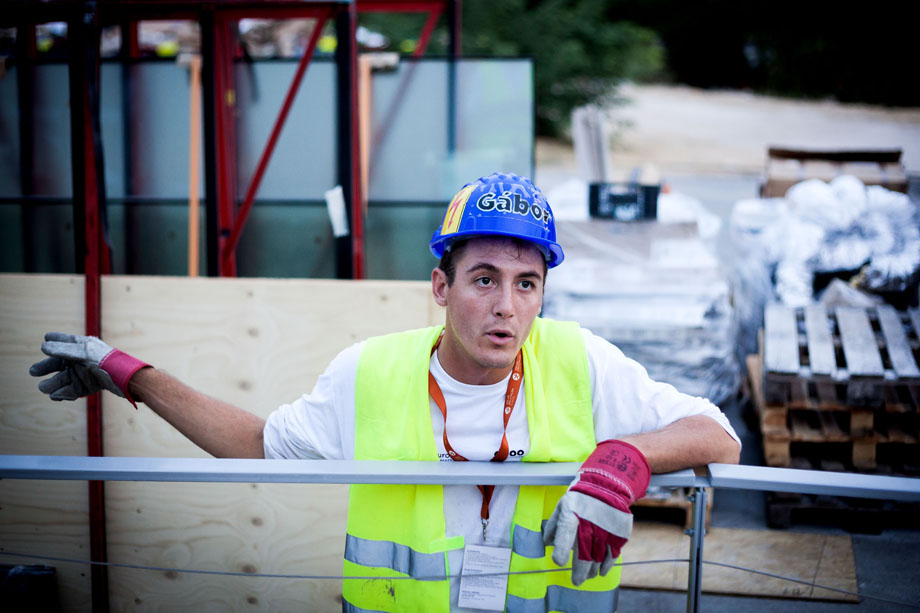 Gábor is hurrying us, although he knows we gonna finish on time. 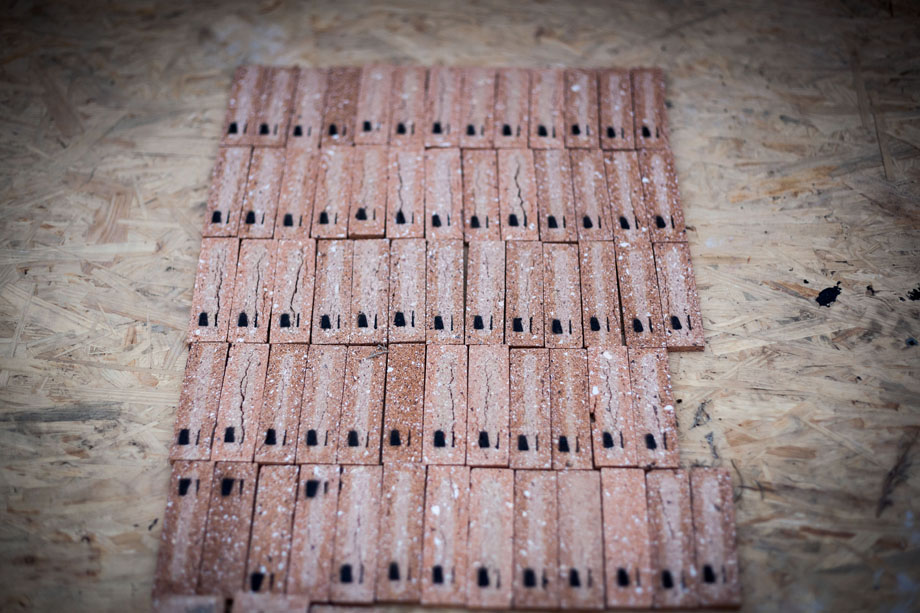 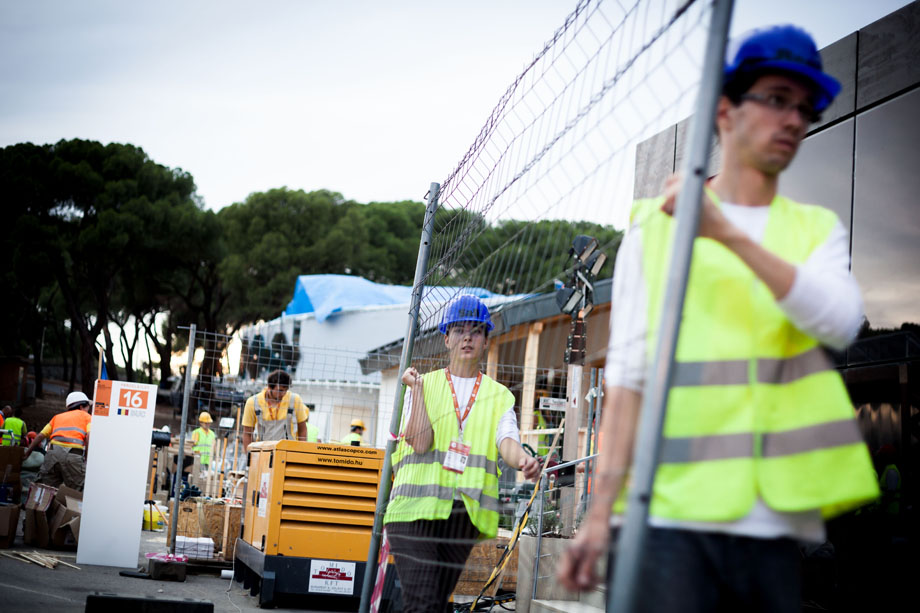 Sali and Benő are unmounting the fences. 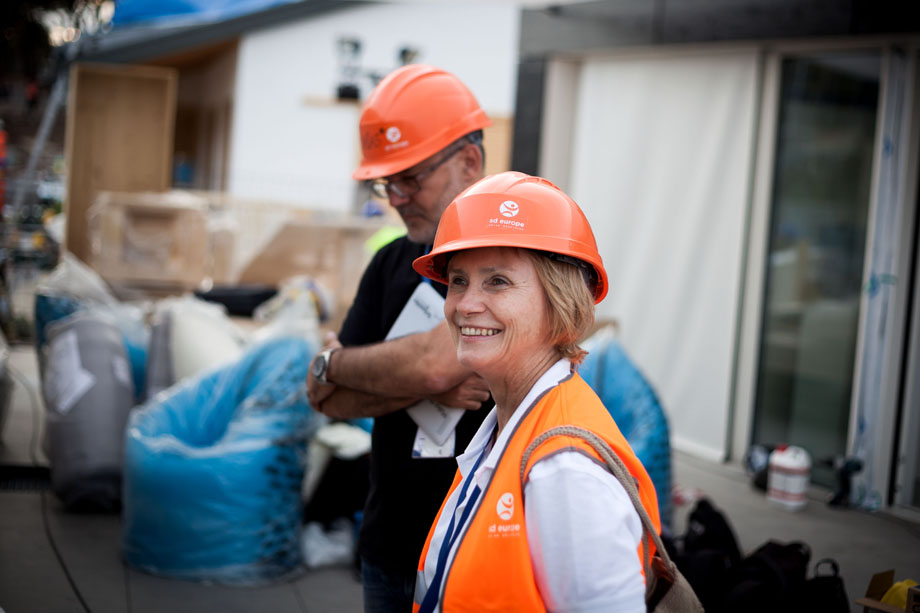 While the first visitors are arriving to the house. 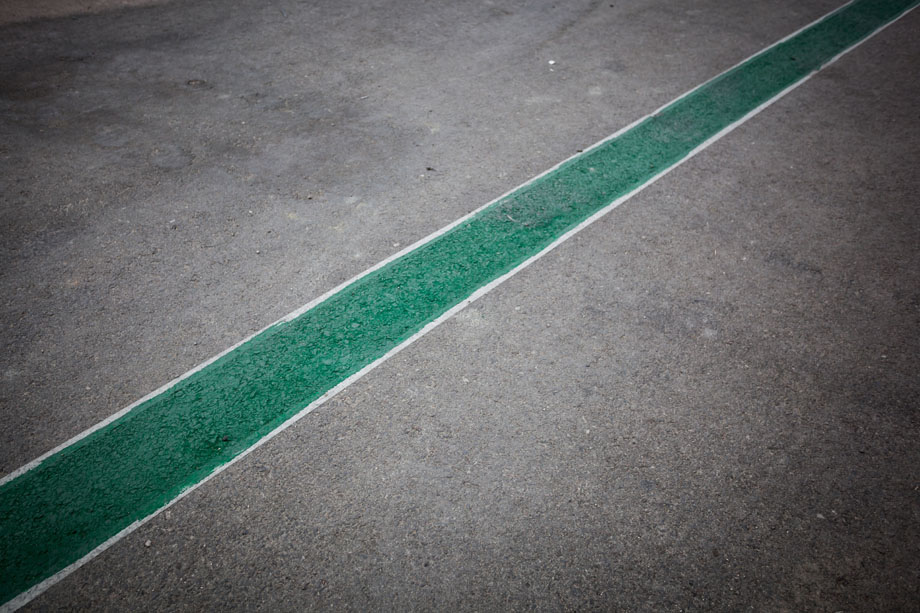 The organizers painted up the ‘umbilical cord’ of the exhibition. 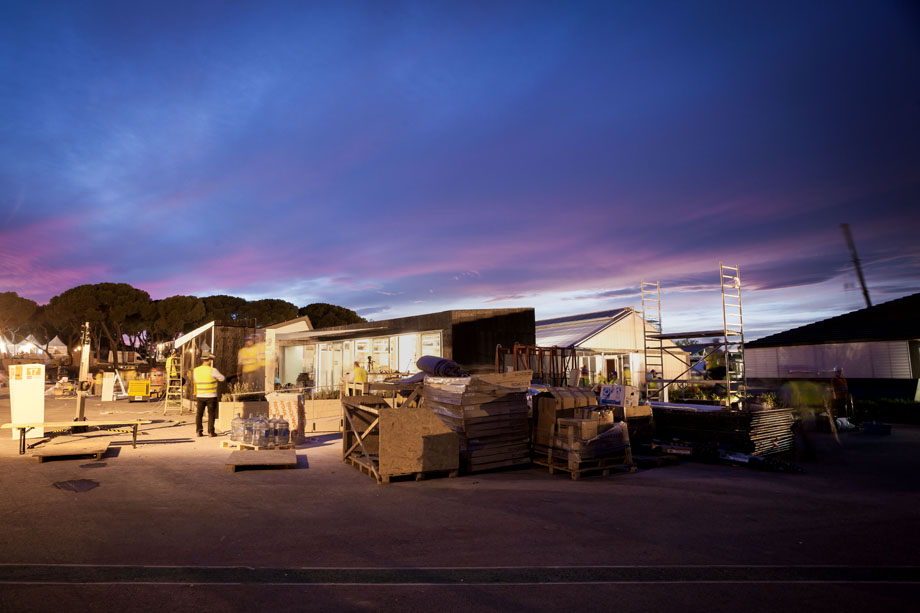 Evening still life: Only the front of the house there is a small mess, and the interior smells from labour. Well, the mess is not that small. 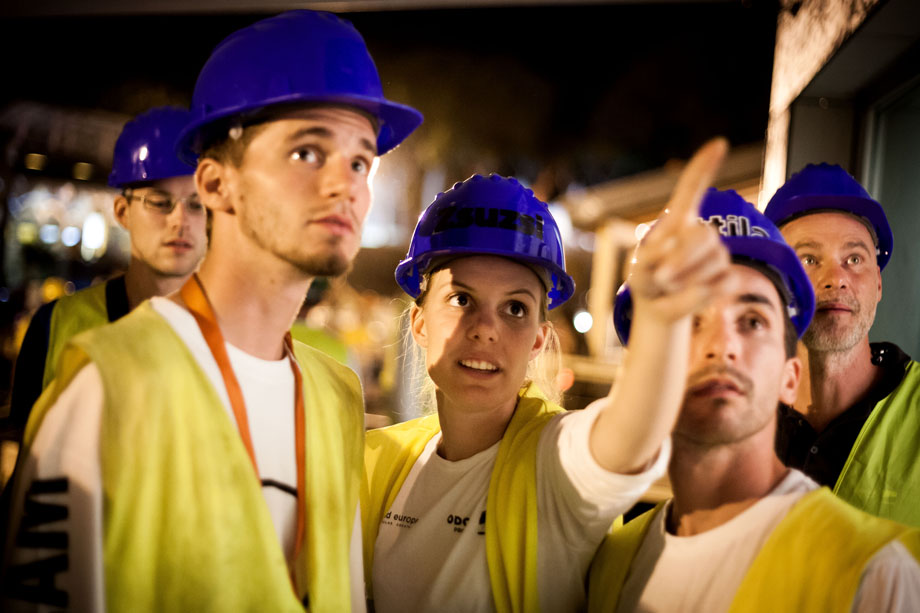 Zsuzsi points out every little detail still to be fixed. 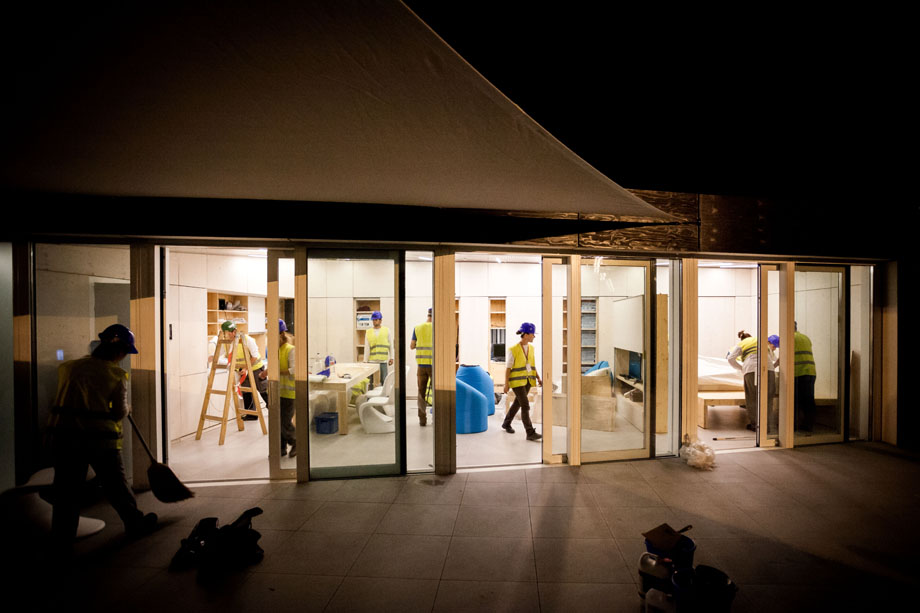 The last touches: cleaning up outside, tidying up inside. 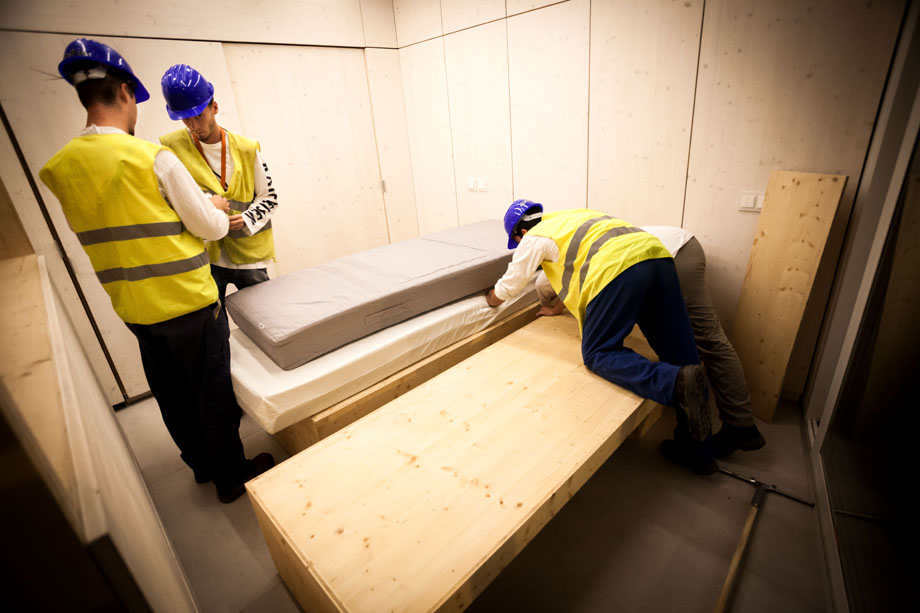 Also we have to finish furnishing the house: we out the bedroom mattress into place. 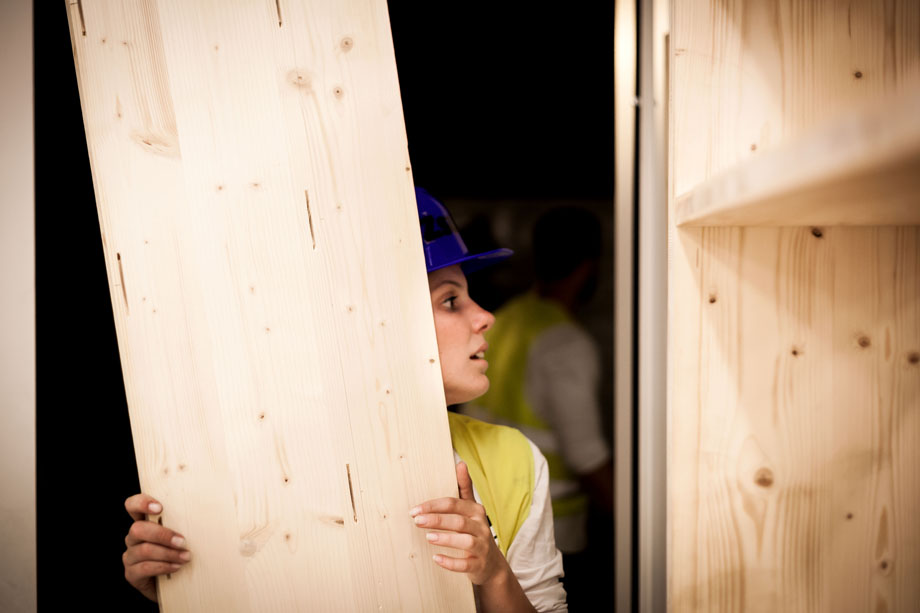 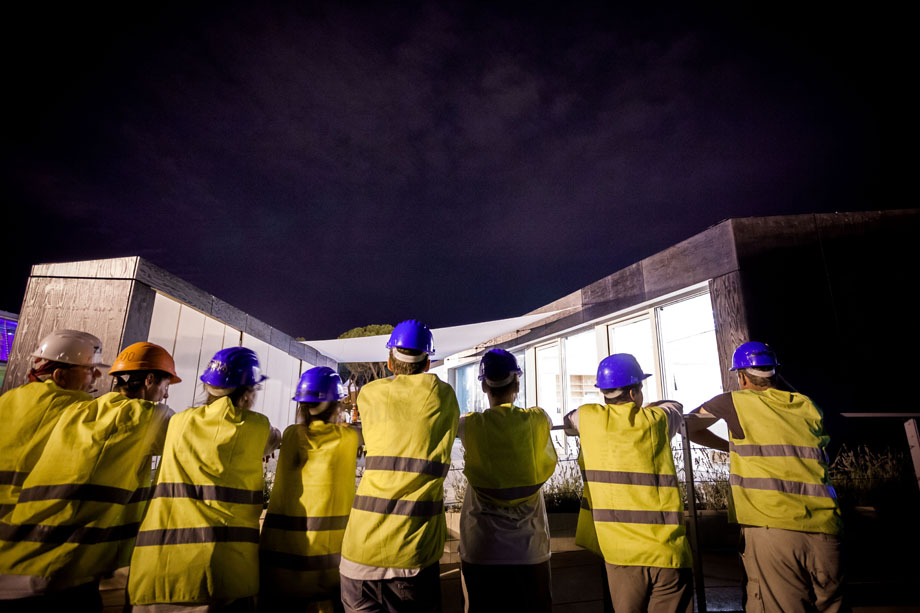 Finally, we are ready. 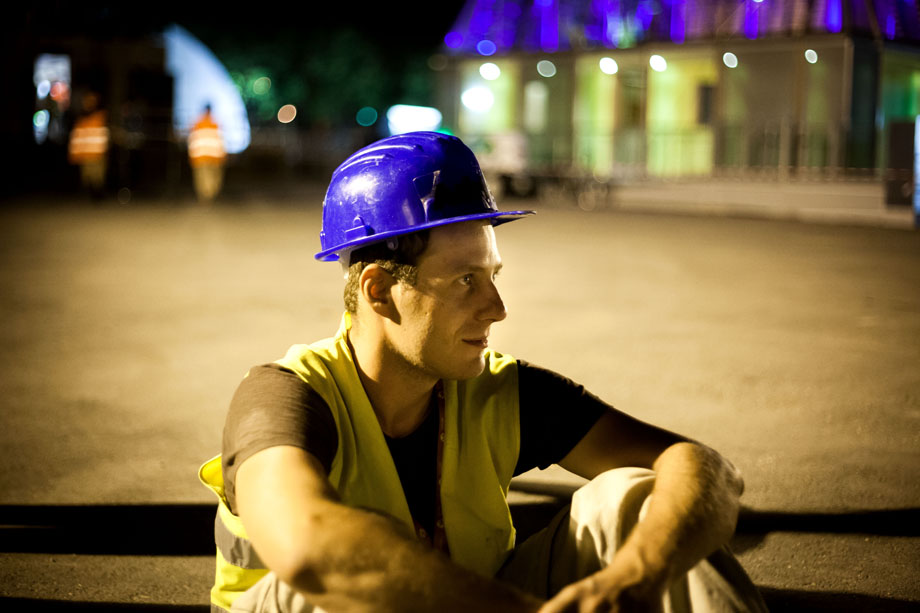 Adrián feels like sit down a little and think back over the past 2 years. 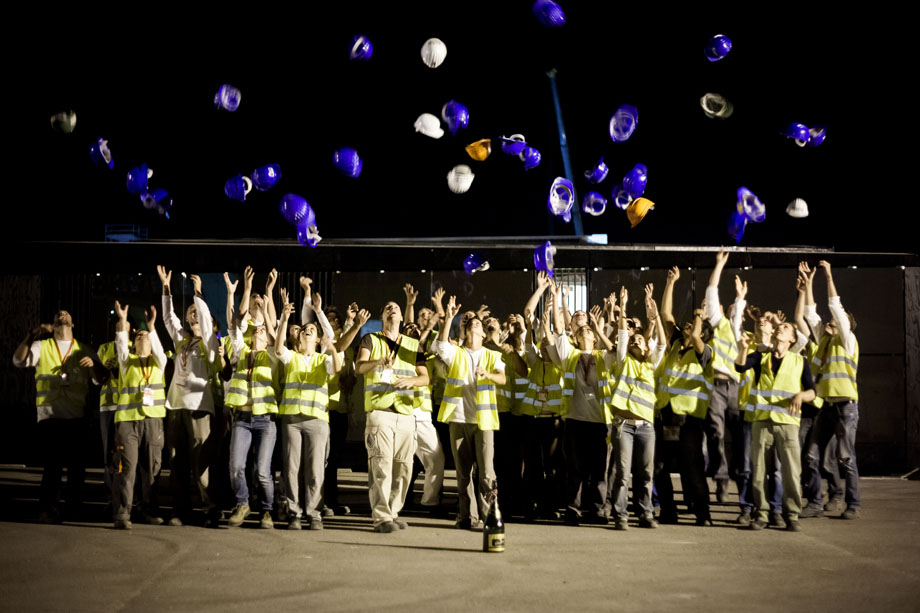 It’s not a building site any more: no need for helmets! 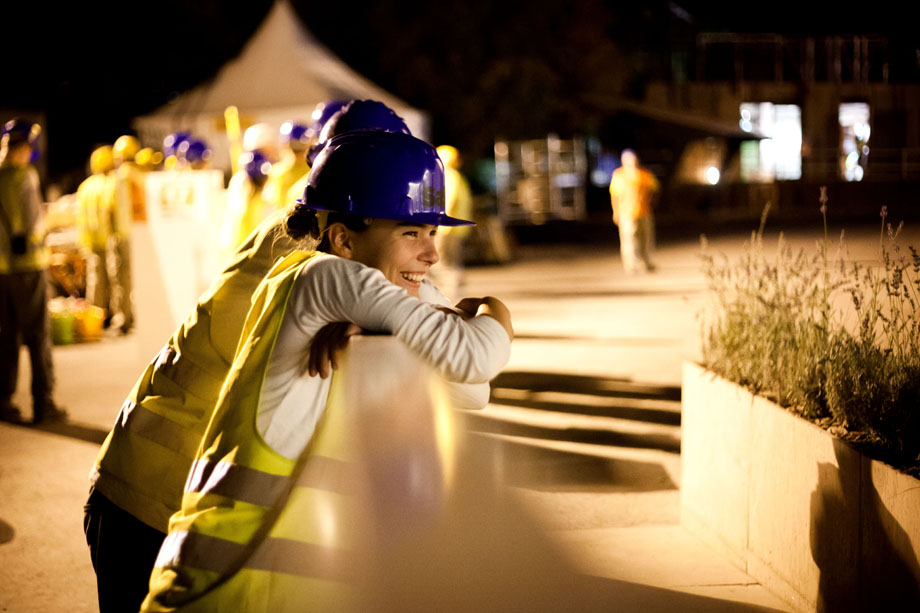 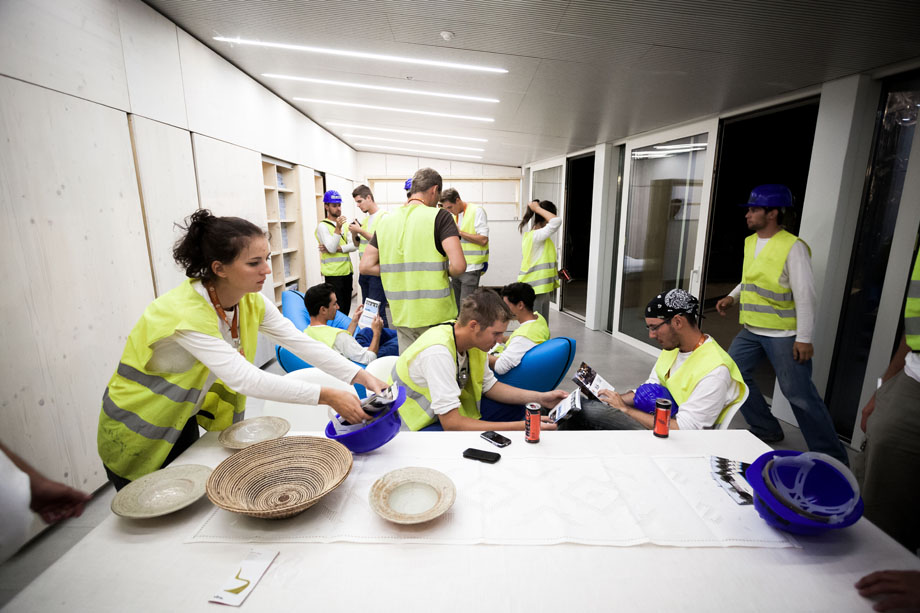 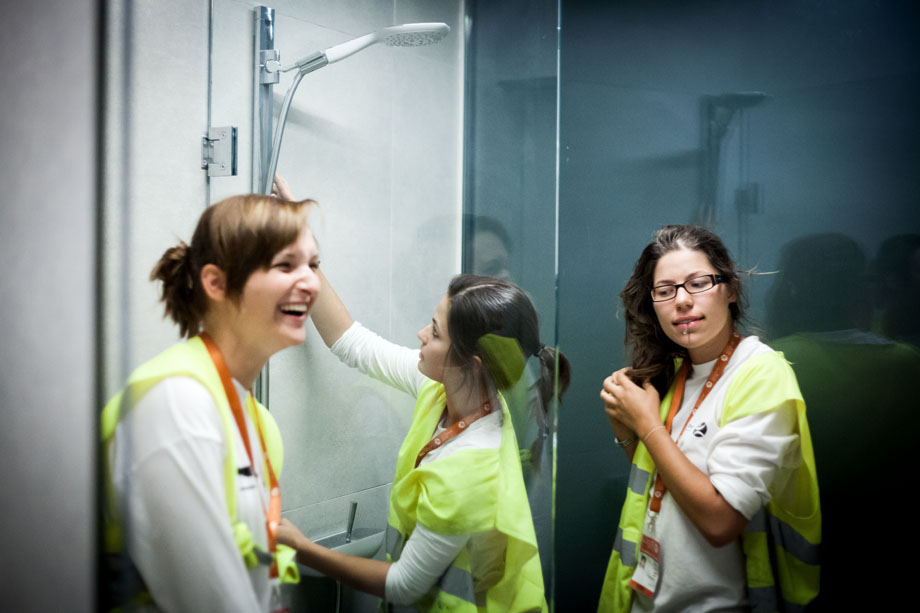 The girls are going to have a shower. 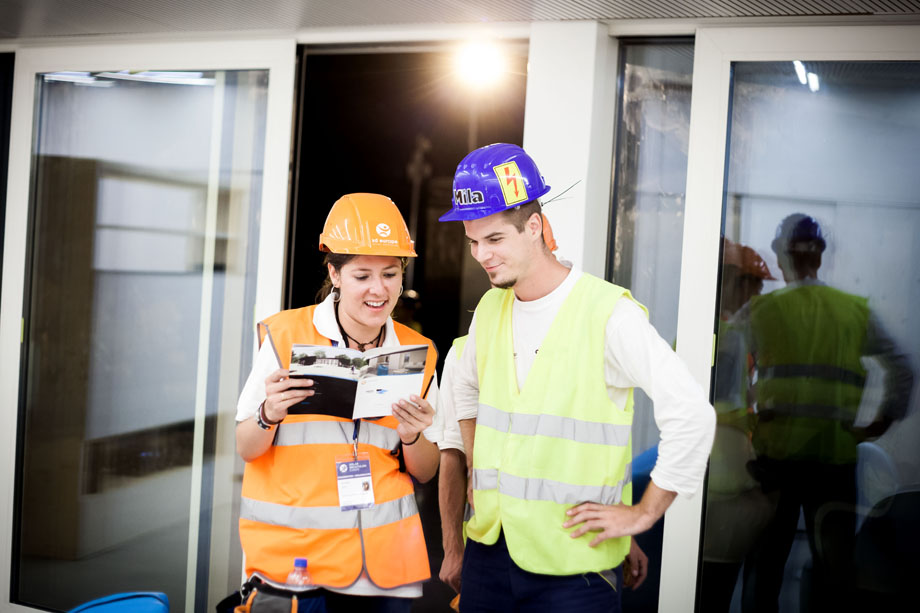 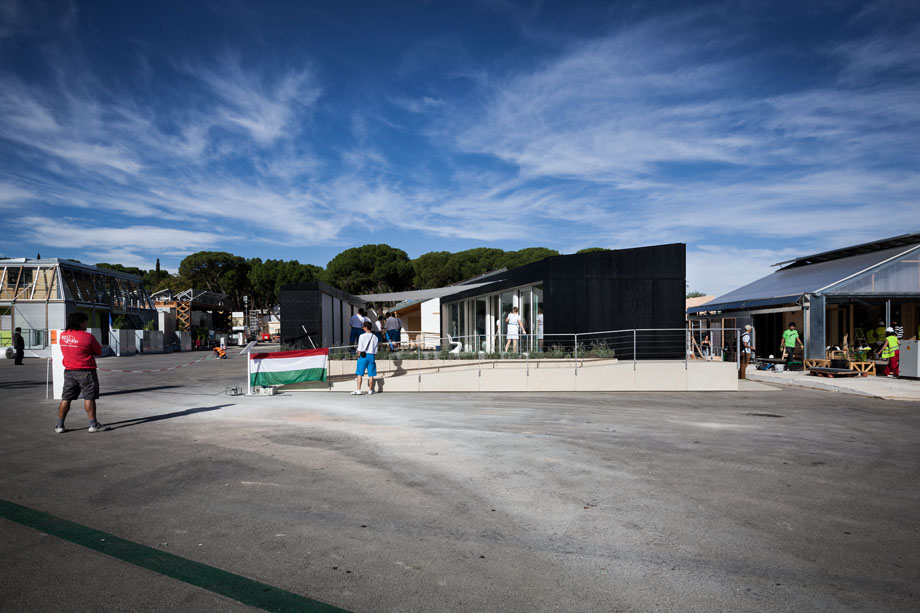 The next day we woke up to this. To make the photo we needed Szabi’s help, who moved away all remaining construction materials by truck.